Leipzig, 28th January 2023: Now, X_ITE has support for SVG as well as STL support. When a scene is parsed you can, instead of a number use special constants like PI or PI3_4.

Leipzig, 23rd January 2023: With this new version it is now possible to configure antialiasing. Antialiasing can be turned on/off, multisampling and supersampling can now be configured. Additionally glTF files can now be loaded, either directly as source of the <x3d-canvas> element or as source of an Inline node, as well as with API methods. The glTF file is internally converted into X3D and then made available to the scene-graph. Also there is a new node ImageTextureAtlas, which makes it easy to load 3D textures.

Leipzig, 1st December 2022: We now have a new website design.

Leipzig, 13th November 2022: We finally released the new version 7.0.0. This version comes with a brand new shader system. The default shaders are now highly specialized and therefor very fast. First tests reveal that the shaders are now 2 up to 3 times faster. But this also means that custom shaders may be broken now, because all x3d_Num* variables are now removed. X3D Authors must now hardcode these values into their shaders, or develop an own system.

Leipzig, 30th January 2022: This release is primarily a bug fix release, but there are also new features.

Leipzig, 23th January 2022: This release implements the new X3Dv4 UnlitMaterial. This also means that the custom shader interface has changed:

Leipzig, 16th January 2022: This release fixes bugs, and a lot of code clean up has been done.

Leipzig, 7th January 2022: This release fixes bugs, and a lot of code clean up has been done.

Leipzig, 19th December 2021: This release fixed a lot of bugs, but also implements new features. Especially MF* fields can now be used within for of loops. X3DBindableNode nodes do work now proper when cloned in multiple layers.

Leipzig, 5th December 2021: This release implements some of the new X3Dv4 Features. X3Dv4 Draft is available at https://www.web3d.org/documents/specifications/19775-1/V4.0/Part01/Architecture.html.

This release also increased pure rendering speed (without routing and scripting) of up to 30%, that is a huge amount, especially when there are many nodes (300 and more).

Leipzig, 31st October 2021: Updated dependencies and reduced file size a tiny bit and X3DExecutionContext.updateImportedNode only updated the node associated with imported name, this enables X_ITE to import a node twice.

Leipzig, 22nd December 2020: This release is a bug fix release. It fixed a minor bug in X3DViewpointNode when the viewpoint is animated.

Leipzig, 24th October 2020: This release fixes a bug with OrthoViewpoint which has encountered in the last release, and some other bugs.

Leipzig, 15th October 2020: With this release we could fix a lot of small but critical bugs and also had some optimizations for you and better support for macOS.

Leipzig, 22nd August 2020: With this release we introduce our new web site, it is now hosted on GitHub and has a clean and slick layout now. We also moved the code hosting to create3000.github.io, so make sure to update your X_ITE urls for CSS and JavaScript.

Leipzig, 20th November 2019: With this version we implement the TextureProjectorParallel and TextureProjectorPerspective node, from the upcoming X3D V4 standard, which will be available next year. We also have now better hardware support, we made maxLights and maxTextures dynamic, depending on the hardware of the user’s system, this gives better support of older hardware and mobile systems.

Leipzig, 10th November 2019: With this version we implement the PointProperties node, the first node from the upcoming X3D V4 standard, which will be available next year.

Leipzig, 4th November 2019: This is primarily a bug fix release.

Leipzig, 2nd November 2019: This is primarily a bug fix release.

Leipzig, 26th October 2019: This is primarily a bug fix release.

Leipzig, 5th October 2019: This is primarily a bug fix release.

Leipzig, 23rd September 2019: This is primarily a bug fix release.

Leipzig, 26th June 2019: We could again fix some bugs which will make X_ITE again more stable. Additionally we removed the non-standard fields from AudioClip and MovieTexture, they are now fully specification conform.

Leipzig, 20th April 2019: Although not enable, we are still using WebGL 1 in the official releases, X_ITE is now prepared for WebGL 2. If WebGL 2 becomes more popular we will enabled it, if available, then WebGL 2 is selected, otherwise WebGL 1 to make X_ITE compatible to older browsers.

Leipzig, 3rd April 2019: This version comes with a fresh implementation of the TextureCoordinateGenerator node and we could make the VisibilitySensor more precise.

Leipzig, 11th March 2019: Fixed a bug in BlendMode and there is a new page where you can online edit the BlendMode.

Leipzig, 24th February 2019: We could fix some small bugs and now the TransformSensor is fully implemented. The version number is now displayed in the Context Menu.

Leipzig, 4th February 2019: Small bug fixes and small optimizations makes this version as stable as ever before. We also could now implement the FogCoordinate node.

Leipzig, 16th December 2018: This version implements the StringSensor from the KeyDeviceSensor component and we found a really phat bug in X3DComposedGeometryNode normal generation, which affects TriangleSet, IndexedTriangleSet, QuadSet, and so on. We also tested X_ITE against https://x3dgraphics.com/examples/X3dForWebAuthors/index.html and fixed all bugs found.

for more information. Additionally we tested X_ITE against https://www.web3d.org/x3d/content/examples/Basic/index.html and fixed the bugs we found.

Leipzig, 13th November 2018: We tested X_ITE against https://www.web3d.org/x3d/content/ConformanceNist/index.html and fixed the bugs we found.

Leipzig, 31th October 2018: The X3DCanvas element has now the onload, onshutdown, and onerror attributes and properties. There is also jQuery support for these event handler when calling jQuery.fn.on and jQuery.fn.off:

Leipzig, 9th July 2018: This version is primarily a bug fix version. There are also new examples online for ScalarChaser, and IndexedTriangleFanSet.

Leipzig, 7th July 2018: This version is primarily a bug fix version. There are also new examples online for PointSet, and IndexedLineSet.

Leipzig, 23th June 2018: We are proud to announce that code.create3000.de is now accessible via https.

DirectionalLight, SpotLight, and PointLight are now able to cast shadows. Let’s details them. A directional light is when light rays are parallel. A bit like when you look at the sun rays on the left. It mostly behaves like a light source very far from us. A spot light is when light rays seems to originate from a single point, and spreads outward in a coned direction, like in a dance club. To enable the shadow casting on a light, just adjust shadowIntensity of the light.

You can tune the shadowIntensity. It is the intensity of the shadow. 0 means no shadow, 1 means pure black shadow. 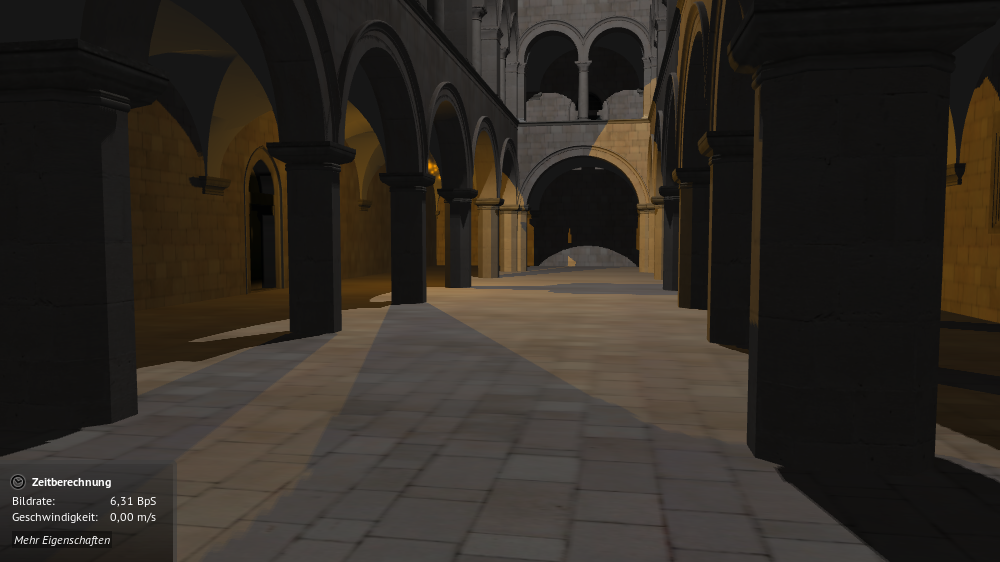 Leipzig, 27th May 2018: This version is primarily a bug fix version.

Leipzig, 24th May 2018: Thank’s to Ammo (Bullet) physics engine we have implemented a lot of new nodes of the RigidBodyPhysics component. Most of the documentation pages of this component have a live example for this node. The component is realized as plug-in which can be include right after the X_ITE.js script tag.

Leipzig, 14th March 2018: We finally released version 4.1.5 now. With this version it is now possible to load X3D JSON encoded files. We implemented touch device support for all viewers and nodes derived form X3DPointingDeviceSensorNode and Anchor. This means tablets and smart phones are now fully supported. There are also a lot of other bug fixes.

Leipzig, 11th January 2018: We finally released version 4.1.4 now. X_ITE has become a huge change in the shader specification. It is now even more like GLSL. There are new uniform variables x3d_LightSourceParameters, x3d_MaterialParameters, and x3d_FogParameters. Old shaders are fully compatible with this version, although old shader light and material uniforms are depreciated. For more information have a look at

Leipzig, 25th December 2017: There is now the new BlendMode node in X_ITE available, which gives X3D authors the ability to specify the WebGL blend modes for a node. The node is a X3DAppearance child node and can be assigned the the new blendMode field of a Appearance node. Shader authors have now more control over particle systems, there are three new build in variables available in shaders: x3d_ParticleId, x3d_ParticleLife, x3d_ParticleElapsedTime, x3d_ParticlePosition. For more information have a look at

Leipzig, 8th December 2017: Titania supports now the whole ParticleSystem component with the default graphics card driver Nouveau. During the implementation we found some optimization to speed up the ParticleSystem node in X_ITE. Additionally we could fix three bug.

Leipzig, 23rd November 2017: We fixed a bug in load count handling of the splash screen, ie. if the splashScreen attribute of the X3DCanvas element is true, the scene is first displayed if all objects and textures are completely loaded. An examination of the source code has revealed this mistake in the networking nodes.

Leipzig, 22nd November 2017: This completely implements the unit statement. Now units are parsed and all field values are converted. Additionally we could optimize X3DGroupingNode.removeChildren. It is now up to 20 % faster, especially if there are many children.

Leipzig, 23rd August 2017: Cobweb is now X_ITE. We changed its name to X_ITE to better reflect the purpose and design of X3D. Though the project’s name may have changed, its programming still includes correctness, usability, flexibility, extensibility, and safety.

X_ITE is now available from our own server at code.create3000.de. Just include the following URL’s into your HTML and you are up to date again:

Leipzig, 15th August 2017: Accessing the external browser has changed a little. The elements callback has been removed from the arguments of the callback functions, which are passed to the X3D function. See Accessing the External Browser for further details.

There are new URL’s for cobweb.min.js and cobweb.css. Use the following locations now.

Leipzig, 29th April 2017: The X3DCanvas element becomes a major change in its CSS styles, it is now similar to the HTML5 canvas element a display inline-block element instead of block with a default width and height of 300 × 150 pixels. Additionally there are four new attributes splashScreen, notifications, timings, and contextMenu, these attribute are especially useful if the X3DCanvas element is very small. Have a look at »Attributes of the X3DCanvas Element« to see how these attributes work. Additionally we changed the data type mapping of SF/MFRotation in custom shaders from uniform vec4 quaternion representation to uniform mat3 3×3 rotation matrix representation, which are easier to operate with.

Leipzig, 13th April 2017: We finally released version 3.1 now. This release is a bug fix release and fixes a fatal bug with shader uniform handling. Thanks to Sgeo. Externprotos have now the missing loadNow function implemented, although this function is normally not needed.

Leipzig, 12th April 2017: We finally released version 3.0 now. All fields derived from X3DArrayField have now two new functions »push« and »unshift« which operate like the corresponding JavaScript Array functions. All fields derived from X3DField have now a new function »equals« which makes it easy to compare two field values. The XMLParser was reworked and is now more secure and several issues are fixed. And last but not least we are proud to announce that prototypes do completely work now with XHTML DOM Integration. 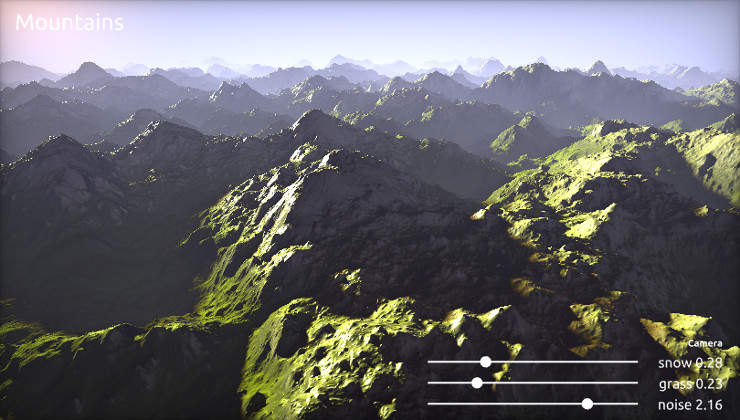 The first version of X_ITE was created in April 2015. It was still called Cobweb.